Find out what happened when the licensing of UK building firms was debated in Parliament and what’s next for the Licence UK Construction campaign.

We know FMB members are passionate about quality construction, and that you’ve been backing our campaign for a licensing scheme to help protect the industry and customers from cowboy builders.

Having created the Licence UK Construction Task Force in 2019, the FMB has been working with a range of industry bodies and consumer protection organisations to promote the idea of a licensing scheme for UK builders with stakeholders across Parliament and Government.

Why is licensing construction important?

The fact that any individual can simply set up a construction company and call themselves a builder, no matter their qualifications or competence, seriously undermines the trust consumers can have in the industry as a whole.

Through 2021, the Task Force has been working closely with Mark Garnier, the Conservative MP for Wyre Forest, to promote the campaign in Parliament. Mark well understands licensing’s ability to better protect consumers whilst also rewarding good, honest builders.

We supported Mark’s Private Members’ Bill, called the Domestic Building Works (Consumer Protection) Bill, which sought to route out cowboy builders and rogue traders from the UK building industry through advocating for a licensing scheme.

What is a Private Members' Bill?

Private Members’ bills are for MPs who are not in Government, to bring topics and issues to Parliament for debate. As was the case with Mark’s Bill, Private Members’ bill’s almost always fail in creating legal change if they lack Government support. They are, however, a useful way to raise awareness for and attention to campaigns.

What happened to the Domestic Building Works (Consumer Protection) Bill?

While the Bill did not pass, which was somewhat to be expected, it brought the issue into the limelight for Government and politicians. The Government, now more than ever, recognised the issue as a real one and offered to work collaboratively with us to solve it.

We are taking them up on this offer and are in the process of making representations to the relevant Government Ministers.

The issue was also brought to the attention of the Labour Party who spoke in support of creating a licensing scheme for UK builders during the debate in parliament.

The event also brought wider benefits for our licensing campaign by raising awareness through the media. In the lead-up to Mark’s Bill being debated in Parliament, for instance, The Times covered our call for a licensing scheme, providing wider publicity for our campaign and increasing its profile.

What’s next for the licensing campaign?

The debate in Parliament was a fine opportunity to bring the issue to the forefront of politics.The FMB and the Licence UK Construction Task Force will continue to advocate for a licensing scheme for UK builders. We will take the Government up on their offer of working together to resolve the issue of rogue traders and look to persuade them about the need for licensing. 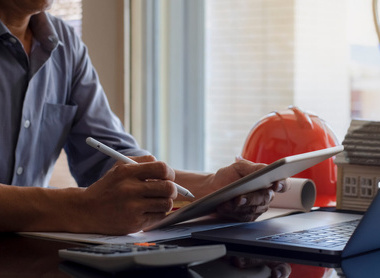 We are leading the campaign to introduce a mandatory licensing scheme for UK construction firms.

Read about our campaign

77% of SME builders support the introduction of a licensing scheme

FMB Scotland Director Gordon Nelson speaks out on behalf of the FMB at the Build It Aberdeen conference and highlights the need for a licensing scheme for UK construction.

5 things the FMB delivered for its members in 2021

The FMB’s 80th anniversary year has been one of celebration and hard graft for our members.

Membership of the FMB means you have a voice in Government. Our team is speaking up for Master Builders on the issues that matter the most to you.