A builder's life for us

Four FMB Area Board members tell us what inspired them to pursue a career in construction.

There are many reasons why individuals decide on a career in construction. Here, four FMB Area Board members tell us what first catalysed their careers in the sector, and what they enjoy most about their work.

Annie Summun, Director of Public Affairs at Kisiel Group, describes her route into the industry as “Harrods to hard hats”, having gone straight from school to start a management trainee scheme at the iconic retailer. “I didn’t intend to end up in construction, but I truly wish I had found our sector earlier in my working life, as I just love being involved in building and renovating houses.

“There are so many skills that are transferable between industries, which means my management training and experience of working with people, running projects, problem-solving and financial qualifications are of great benefit as a director of an SME construction company.”

Lee Cairns, Director of Operations at Thistle Trade Group, was pursuing a career in financial services and banking, but felt stuck in a rut. “The work I was doing was becoming routine and I wanted to pursue something more rewarding. Having family members already in construction gave me an appreciation of the industry. It has changed quite a lot for women and there are a lot more of us on site now than there used to be, and this is something I am keen to promote and develop.”

Maddy Uren, Director at Apli Construction, started her career as a chartered surveyor, specialising in valuation. “As our building company became busier, I began helping out with the administration, including invoicing, contracts and ordering, and even helping out on site,” she says. “I went full-time around four years ago, taking on the kitchen and bathroom design side too. I am still a consultant for a large property firm, but the construction business now takes up most of my time.”

Having spent years behind a desk as a business consultant, Alli Gay, Director at CHI Homes, changed her career in 2014 by joining forces with her husband. “We bought a plot of land at auction and developed it. And then, midway through the year, I went full-time into the business of building new homes. “My strengths have always been in organisational development and programme management, so they really lent themselves to the construction sector,” Gay says.

What all four individuals share in common – apart from working in an industry where women account for just 15% of the workforce* – is deriving a tremendous feeling of satisfaction from their jobs. “No day is ever the same,” says Cairns, “I like that about the industry, and the fact that you’re constantly learning.”

Summun enjoys meeting people, from clients and architects to surveyors, suppliers, skilled tradespeople and, of course, fellow Master Builders. “But the very best bit has to be handing over the keys of a house to a client knowing that our team has delivered a quality job,” she says.

Gay agrees: “It sounds like a real cliche, but the biggest buzz I get is seeing the new homeowners going into their new house and the feedback we get, especially from young couples or people coming together later in life. It’s their first home together and they walk in the door and go ‘wow’.”

For Uren, it’s about transforming ideas into reality: “I love talking to people and turning their ideas in to computer images, and then ultimately the finished product in their homes. I also enjoy learning about new technology and products for the home, for example WiFi connected ovens or eco-friendly dishwashers.”

Attracting new talent into the industry is also a shared aspiration.

“With a growing skills shortage, we need to find ways to inspire more young people to make construction their career choice,” says Summun.

Cairns says the situation is urgent, with an “ageing workforce set to retire within the next few years and a clear lack of interest from the younger generation”. She adds: “Construction is so wide varying, and I don’t think a lot of young school leavers fully understand that you can have a rewarding career in construction. With determination and effort – the sky’s the limit.”

Summun commends Janet Etchells’ election as the first female National President of the FMB. She feels that this, coupled with more women becoming involved with the FMB, is a shift in the right direction.

Cairns adds: “I think in reality it will take a long time to change dramatically, but companies are more aware of the need for diversity. It’s not just about hiring more women, you have to create an environment where people can grow. If you do that, it’s naturally going to draw more women to it.”

As Area Board members, all four individuals bring their unique experiences, perspectives and skill sets to the Board to help shape the FMB, and it’s a role they take seriously.

“Organisations like the FMB cannot operate without board members and I am always keen to help in any way,” says Uren. “Being part of the Board is a great way to learn from other people’s experiences and expertise, and I hope I can give an alternative perspective, having started off in a different area to building.”

If you want to improve something you have to get involved, stresses Gay. “It’s easy to sit back and moan about our problems. We get a lot of that in this industry and I decided I didn’t want to do that.” Within a year of joining her local Area Board, Gay sat with government ministers to talk about the daily challenges of small house builders.

“And they listened,” she says. “We have seen some positive changes as a result of all of us speaking up as a collective. I would strongly encourage others to do it, otherwise things stay the same, don’t they?”

All members are encouraged to attend a board meeting to find out more. “I attended a London Area Board meeting to see what it involved, felt I could make a contribution and stood for election at the next AGM,” says Summun. “It’s a privilege to represent the views of London members on the national Board and to be playing a part in the future direction of the FMB.” 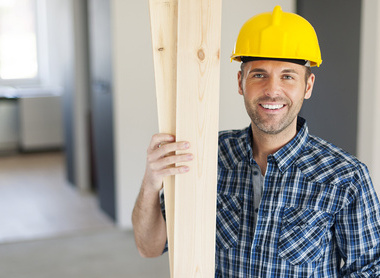 Find out what it means to be a Master Builder.

More on Diversity in construction

HR planning and support for your business

People are your organisation’s most important asset. Planning how to rebuild, restructure, or grow your business relies heavily on having the best team in place.

Diversity in construction
Members only

Builder stats and facts
Members only

Read the February-March 2021 edition of the Master Builder magazine.