Lynch Construction is pioneering the use of concrete made from recycled plastic. Its Managing Director Andy Lynch talks about how the sector can help to tackle the scourge of plastic pollution. 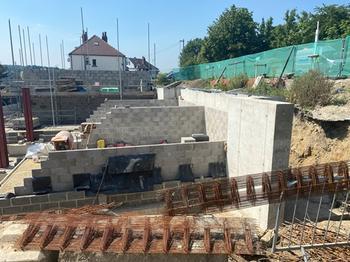 Inspired by his daughter’s school project, housebuilder Andy Lynch of Lynch Construction started to research the environmental problems caused by end-of-life plastic. He discovered that while the plastic used in water bottles, for example, can be recycled and reused, that used in crisp or sweet packets, or to wrap meat, goes straight into landfill or commercial incineration, or, all too often, ends up in the sea.

“There is about 800,000 tonnes a year that end up in the sea and when you really look into it most of us have got it in our bodies because it has gone through the system that much that we have ended up eating or drinking it somehow,” he explained.

Andy discovered examples of recycled plastic being used within construction materials in one-off bespoke projects but couldn’t find any mainstream use.

“I read that some people were putting it in building products, but nobody was pioneering it,” he explained.

The plastic is ground to create a fine dust

Following a two-year research and development drive the team at Lynch Construction have put together a system to process and use low-grade plastics in the manufacture of new concrete products. They also use recycled plastic in windows, tiles, fences and decking. The company opened a state-of-the art recycling facility in Leeds, which recycles around 300 tonnes of end-of-life plastics a week. It receives wagons of compacted bales of Grade 1 and 2 plastic such as yoghurt pots, ham wrappers, crisp and sweet wrappers etc, which are processed to create a fine dust, that is then used in applications such as concrete barriers and driveways.

Lynch Construction’s research and development is constantly ongoing with the team looking to develop new products, as well as increasing the amount of plastic in existing products. It has an ambition to build homes with a minimum of 50% recycled products and 50% plastic recycled content.

“We are in concrete but we are not stopping there, we’re going into concrete blocks now and have effectively run a batch through research and development and sent them off for testing, so we are hoping to get a BSI on them and we are looking to go for roof tiles as well,” explained Andy.

“The opportunities are endless for where you can go with it and what you can do with it.” 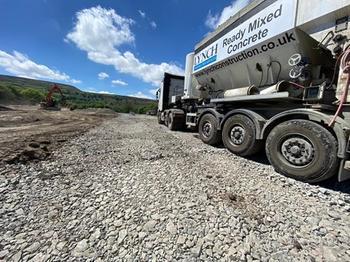 And he wants to share this research with the sector and encourage other builders to use materials containing recycled plastic.

“We are not trying to own this what we are doing, we want as many people doing it as possible so that we can lessen the world’s problem.” 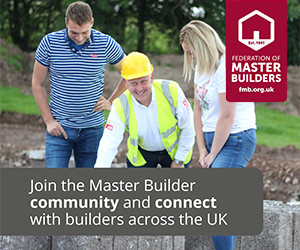 Not all ‘treated timber’ products have received the same preservative treatment, this affects where and how they can be used.

Builders in Northern Ireland are reporting strong growth in workloads and enquiries, following a difficult year for business.

Workloads for Scottish builders continued to shrink in Q1 2021, following the lockdown restrictions on non-essential building works inside people's homes.