Licence to Build: On the pathway to licensing UK construction

The ‘Licence to build’ research report was published by the FMB last summer, and since then we have been gathering support in principle from a wide range of stakeholders.

The Licence to build research report was published by the FMB last summer, which set out the argument for a mandatory licensing scheme for UK construction. Some of these benefits included removing the scourge of rogue traders from construction, which unfairly tarnish the reputation of honest builders, and improving the image of the industry and increasing consumer protection. Furthermore, the report assessed how licensing works in other countries like Australia and Germany and put forward recommendations for how the UK could build on its existing competency frameworks in order to rationalise the landscape into one mandatory scheme.

The FMB has since been building on the report’s initial proposal for licensing by gathering support in principle from a wide range of stakeholders. The proposal has now secured over 30 supporters, including the Chartered Institute of Building (CIOB), HomeOwners Alliance, Royal Institute of Chartered Surveyors (RICS), Welsh Conservatives and TrustMark. We have given presentations to the National Home Improvement Council (NHIC), which pledged its support, the Construction Industry Advisory Network (CONIAN) which acts as the industry’s link with the Health and Safety Executive, and finally the Construction Industry Council. Support for the idea is spreading throughout the industry and beyond.

An exploratory meeting of the Licensing Task Force was convened, where industry leaders discussed the principle of developing a proposal for licensing, and what that journey might look like. Ultimately, the aim will be to submit a draft policy to Government for public consultation. The outcome of this exploratory meeting will be announced at the FMB’s Summer Reception, taking place on Tuesday 11th June, in the Cholmondeley Room and Terrace, House of Lords. 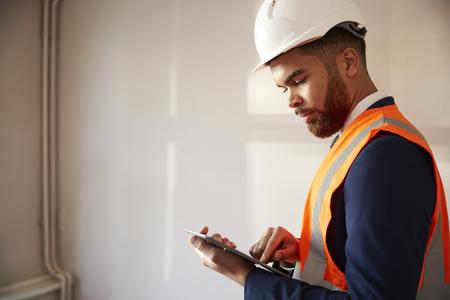 Meanwhile, the FMB has been meeting with MPs and policy makers across the UK to understand how much interest and appetite there already is in Government for a licensing scheme for construction. The feedback so far has been mostly positive as MPs of all parties have had constituents affected by rogue builders, or even lost money to a cowboy builder themselves, and are keen to do something about it. MPs also believe that licensing’s transformative effects will go beyond the private domestic sector and improve the image of construction by raising the bar on standards and professionalism. Those who are particularly positive about the proposal include Sir John Hayes MP, who is the parliamentary liaison for the Government’s Building Better, Building Beautiful Commission, Mark Prisk MP, a former Housing Minister, David Morris MP, whose constituent contacted the FMB with a builder horror story to back up our proposal, and finally Kate Green MP, who is campaigning to increase quality in new build homes.

Licensing therefore enjoys cross-party support, but that doesn’t mean we can sit back and assume it’s widely accepted. Continuing to foster the debate among MPs will be crucial to securing success for a mandatory licensing scheme in the longer term.

Reality-check time: We have a long way to go, and years of thrashing out the nitty gritty of the licensing scheme. The one thing we can be sure of is that the FMB is keen to get the conversation going.

Untangling the web of licensing

Designing and implementing a mandatory licensing framework for the UK construction industry won’t be simple but the effort will be worth it, says Liz Peace.

We are pleased that the Government has recognised that the new system must not be burdensome to small and medium-sized (SME) house builders.