Over-reliance on a few volume house developers now jeopardises the capacity, competitiveness and diversity of the UK house building industry.

In the 1980s, SME housebuilders were responsible for the production of 40% of all new homes built in England. Recent decades however have seen this figure decline to just 12% as circumstances have shifted to favour a small number of large housing developers. This over-reliance on a few volume developers now jeopardises the capacity, competitiveness and diversity of the house building industry, and unless the trend is reversed, we will struggle to meet targets to sustainably deliver the 300,000 homes a year we so desperately need.

The FMB’s annual House Builders’ Survey aims to build a clearer picture of the experience of small and medium-sized (SME) house builders in England. 15% of the FMB’s 7,000 members are dedicated house builders. The 2021 survey was sponsored by Openreach, and the results highlight some of the perennial challenges faced by small house builders in England, as well as some newer concerns arising from recent developments on the national and international stage.

Amongst the key findings are:

Voicing these concerns to government 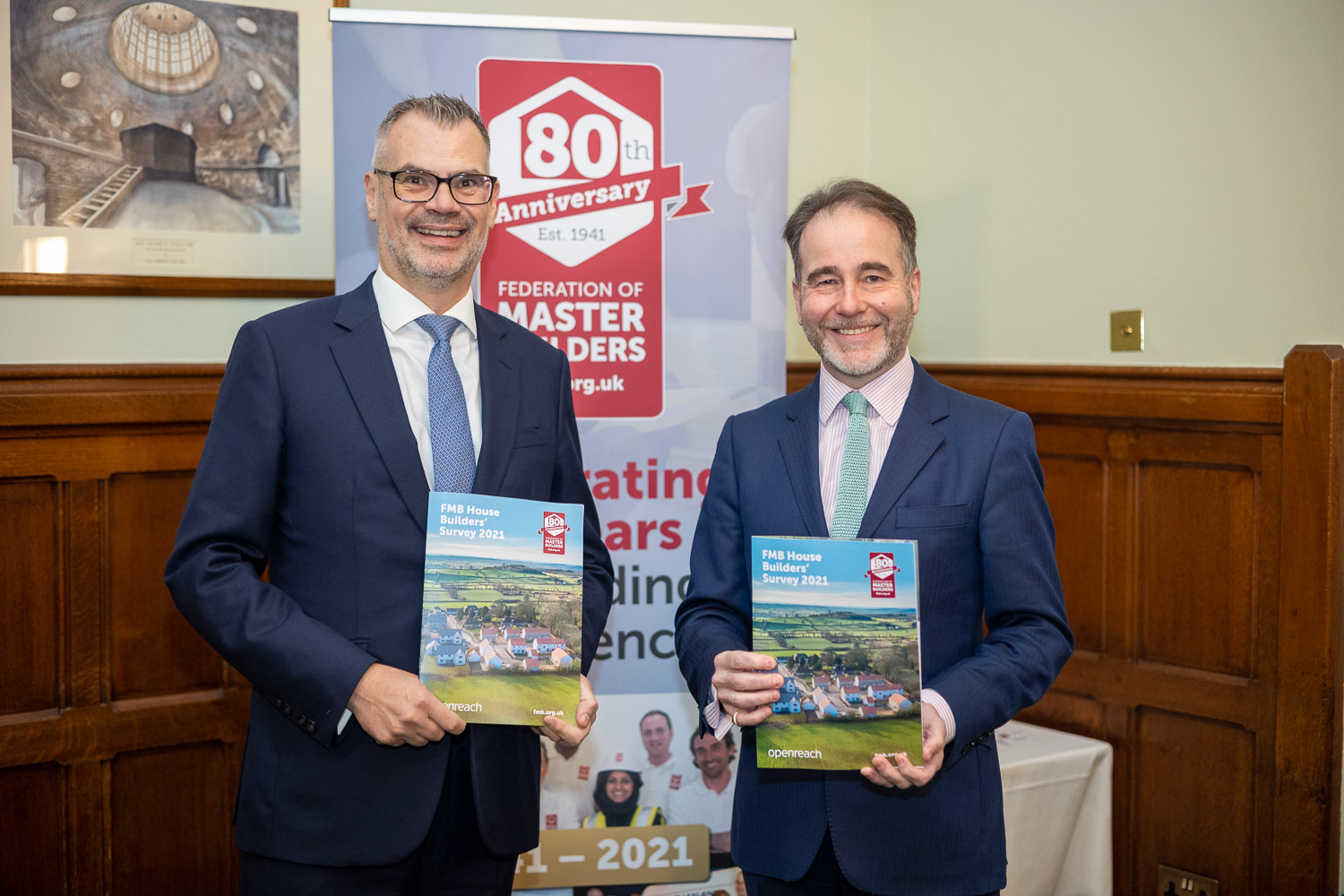 On 20 October, the FMB officially launched the 2021 House Builders’ Survey, at a breakfast in Parliament. Providing an overview of the report’s main findings and the importance of SME house builders, FMB Chief Executive Brian Berry opened the session and welcomed the guests in attendance, including the Housing Minster, Rt Hon Christopher Pincher MP. It was positive to hear the Minister be supportive of greater diversification of the housing market to assist the Government’s house building objectives. 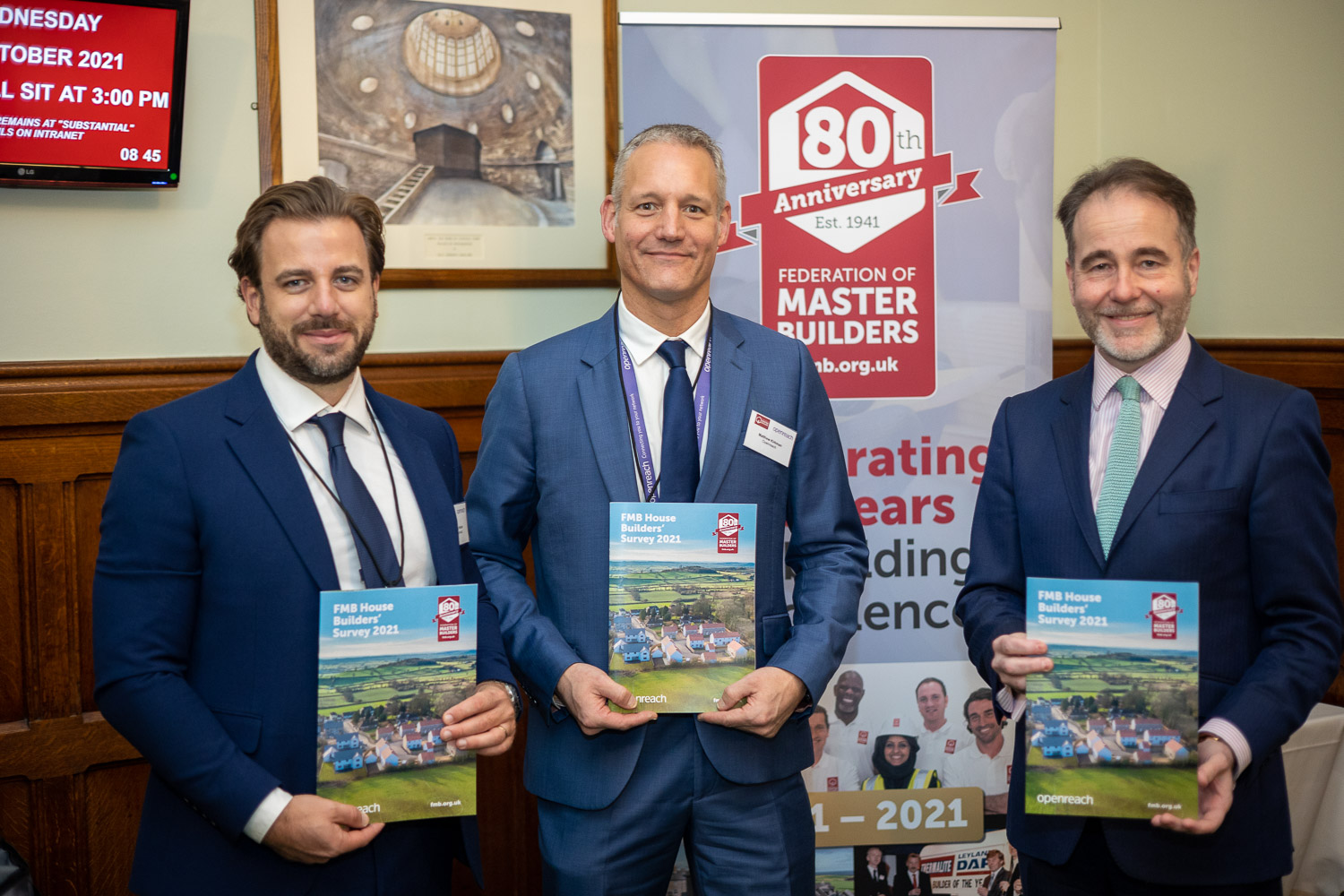 The planning system was also discussed, with smaller house builders in attendance advocating for it to operate with greater speed and be more predictable. With the lack of available land topping the list of barriers for SME developers, there were additional discussions around the viability of certain greenfield sites for development. 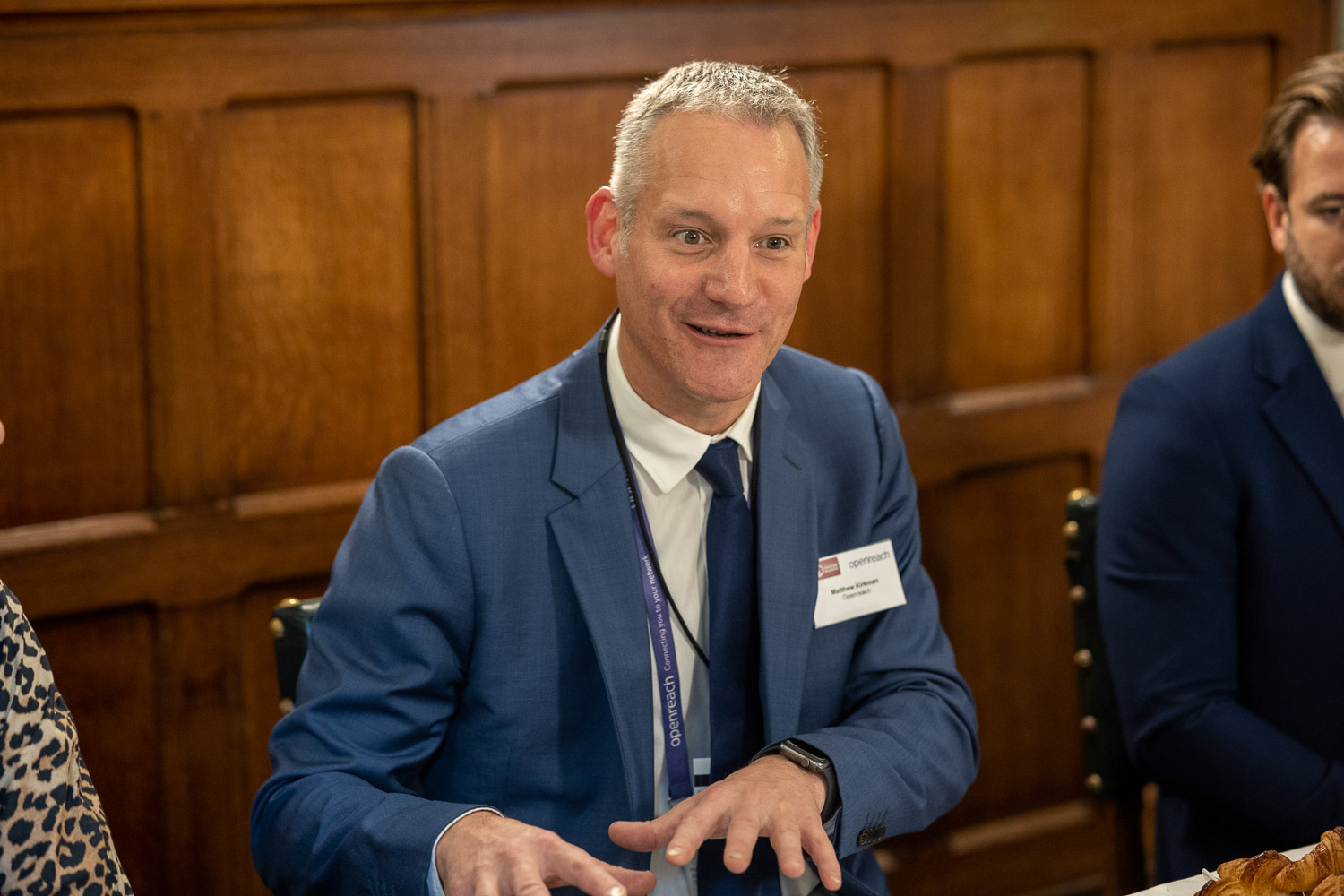 Following the Report’s exposing of a sharp rise in the number smaller developers citing a shortage of skilled workers as a constraint to their activity, rising from 23% to 53%, attendees discussed how this could be best combatted. Short-term measures link to immigration, and longer-term necessities to boost the reputation of construction and technical education more broadly, were debated. It was also suggested that a licensing scheme for UK builders would support this, by professionalising the industry and attracting more high calibre entrants into rewarding and skilled careers in the trades. 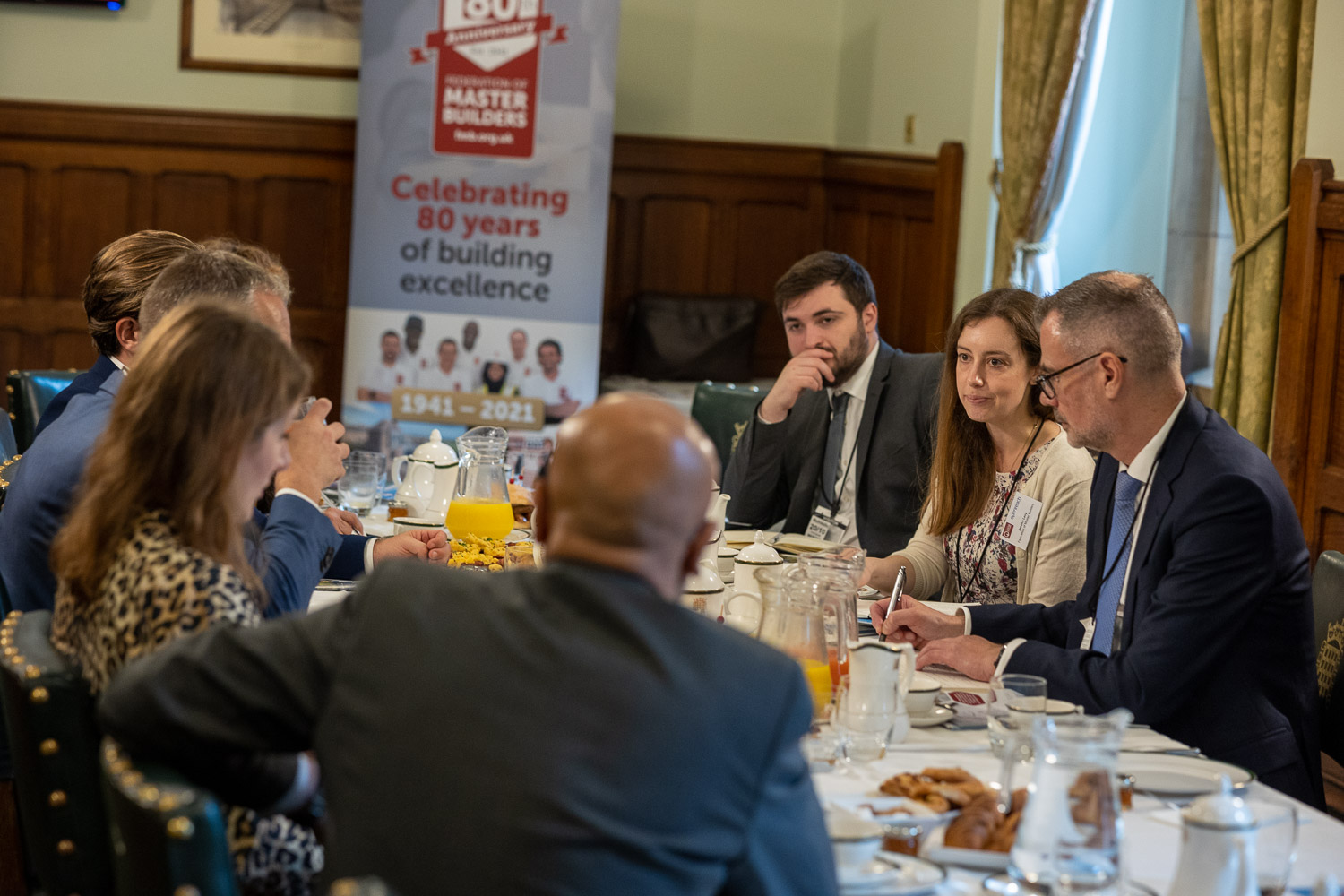 We’ll be using the findings of this report to continue making the case for improvements to better support SME developers throughout the UK. We do this through meeting with policy makers and stakeholders of all types, making the case for the reversal of the decline of SME house builders.

To find out more, take a look at the FMB’s 2021 House Builders’ Survey, or get in touch with [email protected].

Building Safety Bill: What does it mean for builders?

The Building Safety Bill will introduce a series of ground-breaking reforms to improve safety in homes across the country but what implications will the new legislation have for the construction sector?