Women represent just under half of the total labour force in the UK, yet account for just 11% of the construction workforce and less than 1% of the skilled trades. Facing an unprecedented skills shortage the sector must look outside its traditional recruitment methods. 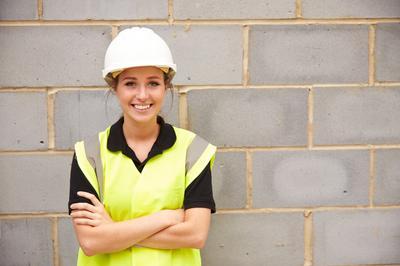 Women represent just under half of the total labour force in the UK, yet account for just 11% of the construction workforce and less than 1% of the skilled trades. Facing an unprecedented skills shortage, set to be exacerbated by Brexit, it has never been more important to attract more people into the construction industry, but in order o build a strong workforce for the future, the sector must look outside its traditional recruitment methods and become more diverse. In October last year the CITB launched a £5 million commission to help under-represented groups into the industry. Pathways into Construction aims to help connect employers with people who don’t traditionally enter construction, including women of all ages.

The funding opens up a huge opportunity for the industry, said Stephen Cole, the CITB’s Head of Careers Strategy. “With Brexit on the horizon, the fund will widen the pool of domestic talent, diversify the industry and increase opportunities for those on the margins of construction, improving social mobility,” he said.  “By working with organisations that specialise in reaching these groups, the fund will facilitate the creation of sustainable partnerships and help the industry reach new talent that’s previously been untapped.” Encouraging more women into construction is only half of the story. With evidence of a signiﬁcant gender pay gap and a lack of women in leadership and management roles there needs to be a cultural change if the sector is to become a more attractive proposition to women.

A survey of more than 5,500 construction workers and 540 employers across all levels, by Randstad Construction, Property and Engineering found that 75% of those passed over for a more senior role were women compared to 25% men, strongly suggesting that women in the industry are typically not being given the same opportunities to progress as their male counterparts. A huge 93% of respondents said having a female manager either wouldn’t affect their way of working or would in fact have a positive impact, but 49% of those questioned had never worked with a female manager. Nearly three quarters (74%) of women surveyed were not aware of any initiatives that help women progress into senior positions and 45% indicated a lack of senior female role models as a barrier to progression. Construction ﬁrms said that raising the proﬁle of existing female role models is part of the solution to bring more women into construction but just 22% of businesses raise the proﬁle of some of their most senior female employees.

They also said that more work needs to be done at school level to promote construction as a rewarding and sustainable career path, with only 22% of companies working with local schools. The sector has come a long way in terms of equality and diversity in recent years and while more women are coming into the industry, there is clearly more work still to be done, not just in encouraging women to take up construction careers but in creating an inclusive working environment for all. “At a time when equality and diversity is making leaps forward, construction is still playing catch up in some areas,” said Owen Goodhead, Managing Director of Randstad Construction, Property and Engineering. “Companies need to band together to build an environment that nurtures and rewards successful, hard-working women to move up the career ladder. “Though the number of women entering construction is slowly rising, retention is a key area that needs development. Organisations that cannot retain, develop and enhance their female workforce will be missing out on key skills, new ideas and ways of working to help keep the industry driving forward.” 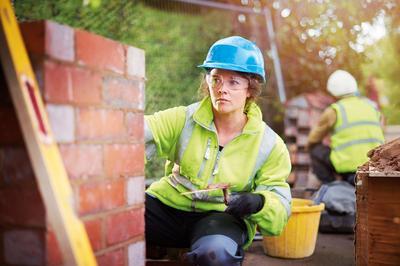 Claire McCall, an FMB member and owner of Mini Mack Plant Hire, based in Falkirk, has worked in construction for over 30 years but her journey has not always been an easy one. Claire’s ﬁrst foray into construction was in the 1980s while working on her family’s farm:

“It wasn’t a huge farm, so we needed an extra income,” she explains. “Part of that was using the farm’s digger to go out and do some work within the locality and that is where it started.” She went on to become a plant operator, working for a local ﬁrm for eight years before taking on the same role at a larger company where she worked for 15 years. While Claire has had a successful career within construction it hasn’t always been easy, and she has had to overcome challenges. Over the years she has encountered male colleagues, sometimes in senior positions, who believe that women should not work in the sector and issues such as the storage of equipment in the ladies’ toilets, which meant a male colleague had constant access to the facilities. While she concedes that the situation has massively improved over the past 30 years, there is still work to be done, she says and there should be more support for female construction workers, as well as education to create inclusive organisations.

"People should be judged on their ability and work ethic rather than gender" she said. Despite the challenges Claire enjoys working within the sector and said she would still encourage other women to come into the industry. “I am used to working outside and I did try for a little while to do the office thing, but it isn’t my cup of tea,” she explained. “Why shouldn’t women be able to work in an area that we like to work in?” “Young women need to be made aware that there is a career path for them in construction.”

Diversity in construction
Return to listing 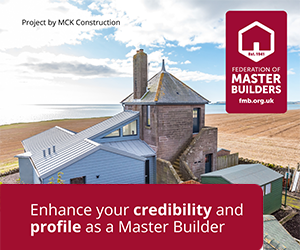 More on Diversity in construction

HR planning and support for your business

People are your organisation’s most important asset. Planning how to rebuild, restructure, or grow your business relies heavily on having the best team in place.

A builder's life for us

Four FMB Area Board members tell us what inspired them to pursue a career in construction.

Diversity in construction
Members only

Read the February-March 2021 edition of the Master Builder magazine.