6 common mistakes to avoid when planning an extension

Planning an extension can be daunting. There’s no getting around the fact that extensions are expensive – so there can be a lot to lose if things go wrong. Who do you turn to for guidance?

We’ve called in the experts. Federation of Master Builders member Deepak Singh Udassi from City Lofts London has recently written a book on the subject, titled ‘How to extend your home and get it right first time’. He offered us his advice about where to get started and how to avoid some common mistakes when you’re planning an extension.

So, what are the 6 most common mistakes to avoid when you’re getting ready to build the extension of your dreams?

1. Not researching permitted development or planning regulations for your property

When planning an extension, it pays to do your homework into what you can and can’t build in your area – especially if you’re hoping to build within your permitted development rights, rather than go through a planning application. Deepak talks about a project where a homeowner had specifications drawn up under what they assumed were the permitted development rights in their local area.

“The drawings presumed that the building sat within a conservation area, just because the surrounding areas are. This meant the loft followed the supplementary planning guidelines within conservation rules – a much more modest scheme than would otherwise be allowed.”

“We dug a little bit deeper, because it didn’t seem quite right. It transpired that the property actually didn’t sit within a conservation area, which meant that they could have achieved an extension almost twice as large as they actually had built. But by that stage it was too late, and that prohibited them from then retrospectively going the permitted development route because the rules state you can’t extend on a property that’s already been extended.”

2. Not checking your extension plans for assumptions

“On a set of drawings, you’ll see that architects write the words to be checked or to be checked on site” explains Deepak. “That means ‘I’ve designed something that I think works, but I’m not sure. And now I’m giving the responsibility to you as the homeowner, and to the builder, to just figure it out whenever you start work.’”

For example, the architect working on an extension that adds another floor to a house could assume a wall is load bearing and can support the new structure, when it’s not. “At which stage everything’s going to stop and it has to go back to the engineer to be reworked” he adds.

“It’s up to the homeowner to make sure things are right and to ask for assumptions to be checked, and then it’s up to the architect or engineer to return to site and check. Assumptions need to be checked before those drawings are signed off by the homeowner and if that means it’s going to cost another two or three hundred quid for the engineer to go to site, that’s a heck of a lot cheaper than rushing.”

He also explains that, if you choose an unscrupulous builder, it could leave you open to financial exploitation too. “Once you’ve started work and are in contract, an assumption that’s unchecked is like a chink in the armour. If a builder says it’s going to cost this much to fix, then what are you supposed to do? You’re in a bit of a quandary, which is why it's always best to take them off the table before work starts.”

3. Over-engineering your extension ‘just in case’

Another mistake to avoid when you’re planning an extension is allowing the structural work to be over-engineered ‘just in case’. This can happen if an engineer makes accurate calculations to determine the size of beam needed to support a wall that is being removed, then adds an extra inch or two to the size of the beam ‘just in case’.

“This can mean the difference between a bulkhead showing in someone’s kitchen, or it disappearing into the ceiling,” Deepak advises. It can change the look of your finished extension and have a knock-on effect to other design features. You may have to re-think those built-in cupboards or change the layout of your extension altogether.

“It could also mean you pay a lot more for materials too." He explains: “In the calculations that the engineer does, all the stress tests and the tolerances have already been accounted for. So, when a detail is over-engineered, that's a little bit unfair on the homeowner because they end up having to spend more on structural beams that they don't actually need."

When you plan an extension, it’s easy to overlook the additional costs that some design features might add. Deepak explains where you might need to rely on some building expertise when estimating whether your budget can stretch to include everything you want.

“Often, the creation of the opening is far more expensive than actually buying and installing the doors. That may necessitate something like a box frame, which is essentially a whopping great steel going over your head, huge steel columns down the sides and steel going across the floor sitting on the footing. Those aren’t without cost.”

An extension is never just an extension, advises Deepak. “It's always an extension plus a little bit of remodelling work to allow that extension to happen. It can include landscaping, remodelling of the existing spaces, and potential upgrades to the utilities to service that space.”

For example, he advises that even if you’re planning quite a small rear extension “there’s inevitably going to be some landscaping work. Even if it’s just a modest one metre strip of patio, that’s still more work and needs to be accounted and budgeted for.”

“It’s also inevitable there’s going to be some overlap with the mechanical side of things. Like if the boiler is in the kitchen. Where's it going to be accommodated? If it’s going to be in a kitchen cupboard, do the kitchen designers know about it? Or you may need to upgrade your system, so you might need more space for a new boiler will that mean creating a utility room or losing a cupboard elsewhere in the house.”

Also think about what impact the extension has on adjoining rooms, where old house meets new. “There’s going to be bleed, for example, you may need to replaster walls in the old part of the house, or you might need new ceilings or cornicing.”

But who can you speak to, to identify and scope all these extra bits of work that might be needed? “It's really having trust and confidence that your design team and your build team will be able to guide you. The closest thing to a silver bullet for this issue is to invest in a set of working drawings. Very often, homeowners will complete drawings to the minimum standard required [ie the plans needed for planning permission and building regs], but the missing piece of the puzzle is the working drawings, which is essentially, the specifications.”

“More importantly, the answer is to hire the right architects in the first place to do them. Because you’re only going to get what you pay for. By just investing a few hundred quid in some really decent drawings, you’re investing in the knowledge of that architect to guide you through the process.”

6. Make sure you have the right team for your extension

By doing some research into the type of extensions your builder and architect have worked on before, you’ll be able to avoid mistakes when planning an extension.

The advice from Deepak is: “There’s no point in hiring the wrong type of architect. For example, if you’re living in a Grade II listed house, you’ll need an architect with suitable English Heritage experience. You’re then going to need a suitable build team - you may have to treat ancient timbers, understand what you are allowed to do and what tools you are allowed to take to the property. Because it can all go very, very wrong if you hire the wrong team for the wrong type of project.”

So where can you find a reliable builder you can trust?

“The Federation of Master Builders is a superb place to start because all of their members have been vetted and independently inspected, and their company will have been checked, so you know that you're not getting into bed with a wrong ‘un,” says Deepak.

Find a builder you can trust

If you’re planning an extension and are ready to take the next step, search for a Master Builder with the FMB and find the right people for the job.

All our members are committed to high standards and have to pass a strict vetting process when they join, as well as regular independent inspections on-site, meaning you can build with confidence.

Search for a builder in your local area today. 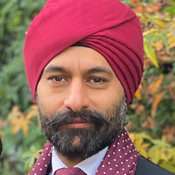 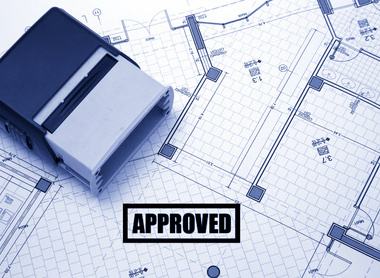 Ultimate Guide to getting planning permission

Get the answers to common questions on this tricky topic in our ultimate guide.