Grand designs – where are they now?

Grand Designs plays to many of our dreams of designing and living in our own homes, and has been one of the most popular property shows for nearly two decades. We took a look at some of our favourites and how they are doing now.

This Yorkshire-based castle took over two years and £915,000 to complete. Unfortunately the dream didn’t go quite to plan, as the couple who built the house resorted to running it as a B&B to stay on top of their bills before putting it back on the market at £1.65m. Hopefully the huge mark-up on the price will soften the blow. 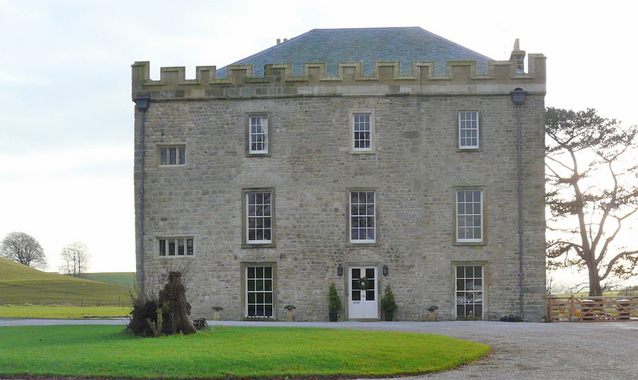 Lymm Water Tower which was converted in to a home by TV presenter Russell Harris was featured in one of the show’s earliest episodes. The 5-storey home boasts panoramic views across the Peak District, as well as 5 bedrooms, a cinema-cum-music room and a hot tub. The property is a nice little earner too, generating £45,000 a year income through the rental of part of the roof to a mobile phone provider. The building which Harris bought on a whim for £137,000 went on sale for £2.5m.

Moving on from one water tower to another, this 9-storey property in central London was featured in the 100th episode of Grand Designs. Put on the market in 2012 for £6,500,000, the price was dropped by a crazy £2 million before being taken off the market. People now have the opportunity to experience a Grand Design first hand, with the property having been listed on Air BnB.

Angelo Mastropietro bought the cave, which is thought to be the oldest inhabited rock house in Europe, for £62,000 and spent a further £100,000 turning it in to his dream “hobbit house”! The abode sources its own water through a bore hole which Angelo built 80 feet into the ground. This was probably one of the most difficult Grand Designs, with it taking 11 days to dig out one doorway! This may be one of the world’s oldest residences but it doesn’t lack for mod cons, with both electricity and wifi access. It can now be rented out as a romantic getaway or a treat for Lord of the Rings fans, as the area is thought to have inspired JRR Tolkein.

Just north of Brighton, this property boasts views across the East Sussex countryside and an indoor swimming pool. It was put on sale at £3.5m and was at one point eyed-up by reality TV star Peter Andre.

The Medway Eco-Barge project was one that Kevin McCloud stated he never wanted to be involved with. The couple involved overspent as they lacked a clear plan, and plans to live on board were abandoned. The boat eventually lost its mooring and was found washed up on an Essex beach, derelict and covered in graffiti.